Warning: "continue" targeting switch is equivalent to "break". Did you mean to use "continue 2"? in /home/amathis/public_html/healths/wp-content/plugins/essential-grid/includes/item-skin.class.php on line 1422

Warning: "continue" targeting switch is equivalent to "break". Did you mean to use "continue 2"? in /home/amathis/public_html/healths/wp-content/plugins/gravityforms-master/common.php on line 1276

Warning: "continue" targeting switch is equivalent to "break". Did you mean to use "continue 2"? in /home/amathis/public_html/healths/wp-content/plugins/gravityforms-master/common.php on line 1313

Warning: "continue" targeting switch is equivalent to "break". Did you mean to use "continue 2"? in /home/amathis/public_html/healths/wp-content/plugins/gravityforms-master/common.php on line 1317

Warning: "continue" targeting switch is equivalent to "break". Did you mean to use "continue 2"? in /home/amathis/public_html/healths/wp-content/plugins/gravityforms-master/common.php on line 1345

Warning: "continue" targeting switch is equivalent to "break". Did you mean to use "continue 2"? in /home/amathis/public_html/healths/wp-content/plugins/gravityforms-master/common.php on line 3536

Warning: "continue" targeting switch is equivalent to "break". Did you mean to use "continue 2"? in /home/amathis/public_html/healths/wp-content/plugins/gravityforms-master/common.php on line 3543

Warning: "continue" targeting switch is equivalent to "break". Did you mean to use "continue 2"? in /home/amathis/public_html/healths/wp-content/plugins/gravityforms-master/common.php on line 3556
 Our Fat Pets – Amathis Co

Like most cats, Max had a swagger in his walk. But because he was slightly overweight, the 15-year-old Maine coon began having trouble “jumping up on things,” his owner says, the extra pounds worsening his arthritis.

So his owner, Jaime Wilson, decided her pet needed to go on a diet — barely two tablespoons of dry food in the morning and again at night, along with a larger portion of canned wet food once a day and a supervised exercise program that included treadmill work and running through stationary poles.

“He was ravenous all the time,” his owner concedes. But after six months, “he’s very sleek and thin,” says Mrs. Wilson, who works at the University of Florida’s Small Animal Hospital in Gainesville, Fla. “Not having the extra pounds has been great for his joints.”

The Association for Pet Obesity Prevention estimates that in the United States, veterinarians now classify more than 100 million dogs and cats as overweight or obese, up from 80 million five years ago. Sixty percent of cats tip the scales at unhealthy weights, slightly more than the 56 percent of dogs.

Worse yet, many pet owners fail to recognize the potential severity of the problem, finding their pets’ weight gain of little concern or even “cute,” says Dr. Justin Schmalberg, service chief of integrative medicine at the University of Florida’s College of Veterinary Medicine in Gainesville. And show animals, often held up as exemplary models, he says, sometimes tend toward the pudgy side.

“In part, it’s an issue of perception,” Dr. Schmalberg says. “Generally, the public is more tolerant of obese animals than they are of thin ones. There’s not as much stigma with animals being overweight as with people.”

Obesity and the inflammatory effects of excess fat can bring a host of health problems. Max’s six-month journey to a healthier weight reduced his risk for insulin-dependent diabetes, the most common health problem veterinarians see in overweight or obese cats. Overweight dogs rarely develop this form of diabetes, veterinarians say, though large breeds often face joint injuries from excess weight, while smaller ones can have breathing difficulties if airways collapse.

Along with diabetes and arthritis, extra heft puts pets at increased risk for liver and kidney diseases, high blood pressure, heart failure and even some cancers. And at least one widely cited study in Labrador retrievers found that even moderately overweight dogs have shorter life spans than their lean counterparts.

Veterinarians assess a pet’s overall body health using a system similar to the body mass index, or B.M.I., used in people. Emaciated dogs or cats get the lowest score on a nine-point scale, obese ones the highest, with a desirable weight usually in the four to five range, says Dr. Deborah Linder, head of Tufts University’s obesity clinic for animals in Boston. An animal at six is considered clinically overweight, with a score of seven or more, obese.

Veterinarians also complete a physical exam to assess obesity, feeling over the rib cage by the animal’s armpit, “where tissue should be no thicker than the back of your hand,” Dr. Linder says. Another sign of healthy girth, she says, is a tuck in the belly, similar to an “hourglass figure.”

Although some pets are genetically vulnerable to unwanted pounds, others may have diseases like hyperthyroidism or Cushing’s disease, in which the adrenal glands pump out too much of a stress hormone, stimulatingappetite. Once these conditions are ruled out, veterinarians say, aging itself poses an ongoing risk as metabolism slows — the pet version of middle-age spread.

Neutering or spaying also decreases an animal’s energy needs by a third, Dr. Schmalberg says, so “calories in, calories out,” takes on greater importance in maintaining a pet’s proper weight.

Researchers have recently identified another risk factor for pet obesity: rapid growth in early life, though the reasons for this remain poorly understood. “Dogs and cats that grow quickly are highly likely to become obese later in life,” says Dr. Alex German, a professor at the University of Liverpool in England.

But veterinarians single out overfeeding as the greatest contributor to pet obesity. Giving pets easy access to food around the house, or “free feeding,” can quickly add unwanted pounds, they say, as can an overindulgence in high-calorie treats. Throw small children into the household mix with “sneak feeding” and the situation becomes worse, says Dr. Sarah Nold, a staff veterinarian at Trupanion, a Seattle-based pet insurer. “It’s definitely not uncommon,” she says with a laugh.

Whether pets, like some owners, “stress eat” is difficult to measure. “In my experience, when animals are stressed, they tend to go off feeding,” Dr. Nold says. “But we don’t know.”

“Pets don’t open the fridge by themselves,” so stressed owners may stress-feed their pets, Dr. Linder says. “The concept of food and love are tightly interconnected, and we need to address it.”

Some veterinarians cite the pet food industry’s push to include better labeling on foods, including calories per serving, as an advance in helping with weight control. But others describe the print as too small and the calorie information unhelpful because calorie needs vary widely by breed, genetics and current weight.

Many dogs and cats that are overweight will need their calories reduced by at least a third, according to the University of Florida’s Dr. Schmalberg. An average-size indoor cat needs between 150 to 200 calories per day to maintain weight, while dogs’ ideal weights are trickier to assess. But the most important factor, Dr. Schmalberg says, is that owners adjust food to reach an “ideal body condition,” such as the dog and cat weight charts suggested by the pet food company Purina.

Experts also disagree on which type of food promotes better weight loss, wet or dry. Some data suggests wet food’s higher water and protein content carries more benefit because it reduces appetite, says Dr. Jonathan Stockman, who runs the clinical nutrition service at Colorado State University’s Veterinary Teaching Hospital, in Ft. Collins, Colo. But dry food has a higher fiber content, he says, so a similar argument can be made for that.

“One really is no better than the other,” Dr. Stockman says. “We usually go with prescription diets because the nutrient density can be controlled and you can cut calories without causing a nutritional deficiency.”

Other options, such as fat-blocking drugs or stomach-shrinking surgeries available to people, seldom play a part in veterinary medicine. Most veterinarians feel that weight loss can best be managed through diet.

The goal is to get to a healthy weight before health issues take hold, veterinarians agree. Even though diabetes in cats, for example, can be reversed by aggressive dietary measures, says Dr. Lori Teller, a veterinarian at the Meyerland Animal Clinic in Houston, they work only with early diagnosis. Diabetes in dogs, rarely related to obesity, is considered irreversible, she and others say, because insulin production shuts down completely.

“Our current approach is failing,” Dr. German says, citing the need for new strategies and more vigorous prevention. Studies have found that only half of dogs and cats placed on weight-loss programs achieve their target goal, he says, and half of that number rebound to unhealthy weights.

Instead of aiming for a complete or “perfect” weight loss, he suggests, it might be more realistic to push for a modest weight loss, which can still have benefits. Studies have shown that in overweight people, for example, even a relatively modest weight loss of 5 percent to 10 percent of body weight can delay the onset of diabetes, and the same may apply to pets.

Max’s weight loss was more extreme, and he is faring well. His owner is vigilant about not letting his diet and exercise routines lapse. 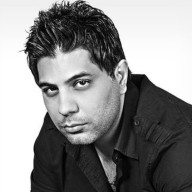